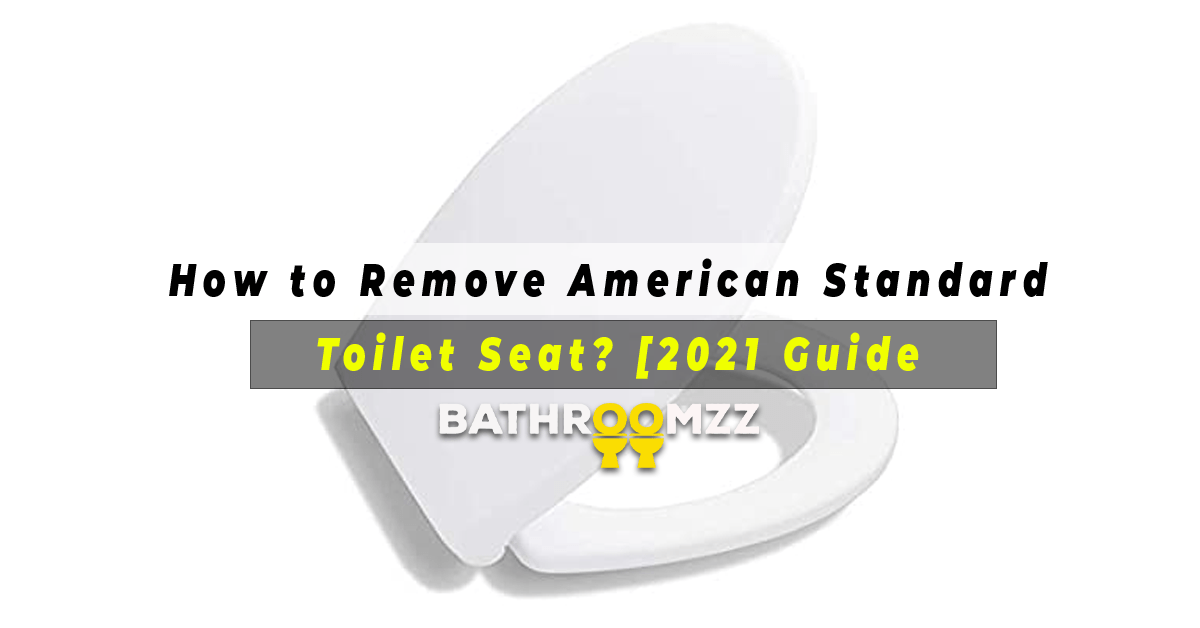 American standard toilets are very much in use for a couple of years. The brand has been receiving very positive feedback for the toilets and the manufacture of these toilets has even increased more. There are a few questions that we are often asked by our readers. One of these questions that recently got our attention is “How to remove American standard toilet seat?”. Well, the procedure is very much similar to that in the case of any toilet. Here’s an accurate answer.

How to Take a Toilet Seat Off?

To start with the process of taking the toilet seat off, you’ll need to have the following tools with you.

Here is the detailed procedure for removing an American Standard toilet seat or any other toilet seat.

Pull Out the Bolt Housing

Many new toilet seats have two plastic bolts and nuts attaching them to the toilet bowl. These bolts are covered under plastic housing, in order to protect them from exposure and corrosion. Pry up the plastic housing using your fingers or a screwdriver to uncover the bolt.

Check Further This Guide: How to Change Flapper on American Standard Toilet

Once you’ve uncovered the bolts, now you have to remove them in order to detach the toilet seat from the bowl. Make sure your screwdriver is large enough to fit into the bolt groove. The bolt-on toilet seat attachments are held in place with the help of a wingnut. Hold the wingnut with your hands while unscrewing the bolt while reaching under the seat.

In case there is no wingnut present, you can use a wrench or pliers to grasp the nut. While you unscrew the bolt, hold the nut in place with tongue-and-groove pliers or a crescent wrench.

Another important thing while removing the bolts is to make use of a basin wrench in order to deal with tight spaces. These wrenches have the job to hold or move the bolts in tight spaces. If you’re dealing with the same situation, using the basin wrench, hold the nut in place and let your partner unscrew the plastic bolt.

Pull Up the Toilet Seat

After removing the nuts and bolts, the toilet seat would be detached from the bowl and you can easily take off the seat by pulling it upwards.

How to Remove a Toilet Seat with Hidden Bolts?

In some toilets, the bolts and hinges are often hidden, manufactured with the thought of making NO compromise over the beauty and appearance of the toilet. But, in that case, also, you can remove a toilet seat easily.

You’ll need the following tools to get started:

Here are the steps on how to remove a toilet seat with hidden bolts.

How to Fix a Loose Toilet Seat?

A loosened toilet seat is usually the result of loosened nuts and bolts that attach the toilet seat to the toilet bowl. This issue, however, can easily be resolved by tightening the bolts back which were loosened over time. Here’s how to do it.

Why does my toilet seat keep sliding?

A sliding toilet seat is the result of loosened bolts that hold the toilet seat and bowl firmly together. The issue can be fixed by tightening those bolts. If the problem reoccurs after some time, that is because the holes that the bolts go into, are intentionally oversized so they don’t crack the porcelain. The solution to this is to Pack the bolt holes with special washers. This can keep them secure.

How do you remove a toilet seat with no visible screws?

Here’s a short answer to this.

A detailed answer to this question has been given above in this article under the heading of “How to remove a toilet seat with hidden bolts”.

An American Standard toilet seat can easily be moved in case of any repair or replacement required. You’ll just have to follow the steps that we’ve mentioned in our article. Make sure you carry the entire procedure very carefully, in order to avoid any inconvenience or mishandling.

In case you find the procedure difficult for any reason, it would be better to contact a plumber rather than test your toilet by trying different techniques.

How to Increase Toilet Flush Power – Reasons and Ways to Improve 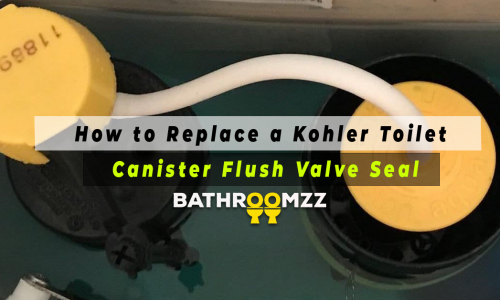