The clogging thing in toilets has everything to do either with what goes down in there or the plumbing. Sometimes, even the excessive use of toilet tissues which are then thrown into the toilet could be the reason for clogging. There could also be other problems related to the plumbing that could lead to a clogged toilet, but the very common one is the insufficient amount of water flushed after the use.

A clogged toilet should be taken very seriously right from the time you start observing it or it could cause you great trouble afterward. If you have a toilet that keeps clogging quite frequently and you think it’s fine, it’s NOT. It would eventually get the bigger clogs that would be harder to treat.

A few most common causes for a clogged flush could be:

How to Fix a Toilet That Keeps Clogging Up?

The most common and easiest way to unclog your toilet is by the use a toilet plunger. That’s a very effective tool that literally catches all the waste that has been clogged inside the toilet. All you have to do is insert the rubber side of the plunger into the bowl of the toilet and push it a little in and then pull it out.

You have to keep doing this for a few minutes until you notice the waste coming out. A few vigorous pushes and pulls with your plunger would be enough to unclog your clogged toilet. You can then perform 2 to 3 flushes to ensure the problem has been solved.

Reasons Why Your Toilet Keeps Backing Up

There could be various reasons for a clogged toilet. The common ones being; tissue papers and other material is thrown into the flush, some sort of blockage in the drainpipe, or maybe an old toilet that doesn’t seem to do really good anymore.

Here are a few most important reasons why a toilet keeps backing up.

If your toilet was manufactured during the 1990s, it would probably be a low-flow one. But, replacing them is not the only solution. Once you’ve experienced a clogged toilet and you’ve treated it, you can again keep using it for as long as it goes. But, do make sure you flush properly after every use and do not throw any tissues or stuff inside the toilet.

It is very common that people usually flush off everything they use in a bathroom. Such as tissues, wet towels, baby wipes, tampons, sometimes wrappers, and even condoms. Talking about issues, they usually dissolve in water so there’s less chance of them being clogged up until and unless it is excessive use.

While the other stuff is simply non-degradable and doesn’t dissolve, eventually gets gathered up somewhere inside your toilet. This, however, leads to clogging over time. It is important to know that toilets aren’t to just dispose of anything and everything. There are trash bins for that.

3. Blockage in the Toilet Trap/Drain Pipe?

The toilet trap or the drainpipe is a curved fixture down the bowl. It basically holds the standing water and over a flush, the waste passes through it and into the drain. Moreover, the toilet trap also prevents any sewer gas leaks.

A blockage in the toilet trap caused by used materials such as paper towels and stuff, usually causes the toilet to back up. A plunger would, in this case, be a good tool to overcome the clogging.

4. Blockage in the Toilet Vent

Toilet Vent is basically the vent that connects all your home bathrooms and typically exits through the roof. Its purpose is to let the fresh air enter the plumbing system for improved flushing with pressure. In case there’s some blockage in the toilet vent, it eventually lowers the pressure for flushing.

Due to this, the pressure doesn’t build up and it causes clogging over time. In such a situation, it is important to hire a professional plumber to get things done for the normal functionality of your toilets.

A blockage in the sewer lines may also create problems in the drain pipes outside your homes and sometimes even in the neighborhood as well. This is one of the situations you yourself can’t deal with. So, you’ll have to contact a plumber.

The low-flow toilets are usually not very powerful in moving the waste down to the sewer lines with pressure. This sometimes causes the clogs to build up inside the toilet due to the not-so-powerful flushing systems and hence, they clog more easily than the advanced toilets with improved flushing technologies.

Why Does My Toilet Clog Every time I Poop?

Insufficient water in the cistern and a slow drainage system are the two most basic reasons that your toilet clogs when you poop. There are a number of reasons which lead to the problems of drainage system as discussed above. Other than this, poor flushing also leads to this issue over time.

In such a situation, it is important to get your entire flushing system and the drain piped observed by a plumber. Once you get through this problem, it is then important not to flush anything other than waste or tissue papers. Also, make sure you properly flush after every single use and flush twice or even thrice, if needed.

Why Does My Toilet Flushes but Nothing Goes Down?

Sometimes, your toilet is capable of flushing but the waste doesn’t go down. This probably happens due to the following reasons:

How to Fix a Blocked Toilet and Keep It Safe?

In our point of view, the two easiest things you can try to fix a blocked toilet are:

Once you’re done with fixing your toilet, you obviously wouldn’t want it to happen again. For that, what you need to do is:

How do you stop a low-flow toilet from clogging?

You can prevent your low flow toilet from clogging by making sure that:

For tips to reduce clogs in your low flow toilet, you may further read from: Click Here

Although there are solutions to every problem today, care is always better than treatment. It is important to take care of your toilets in order to prevent clogging and to save yourself from any bigger issues. Also, do watch out for what you flush away.

Also, if you could not figure out what’s the problem with your toilet and why does it cause clogging, we recommend you contact a plumber. 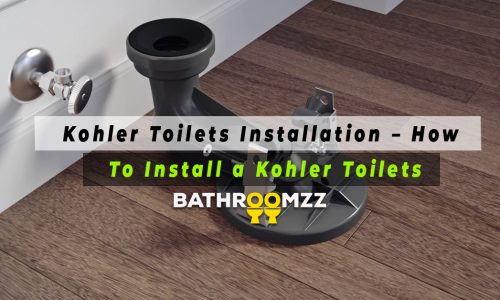 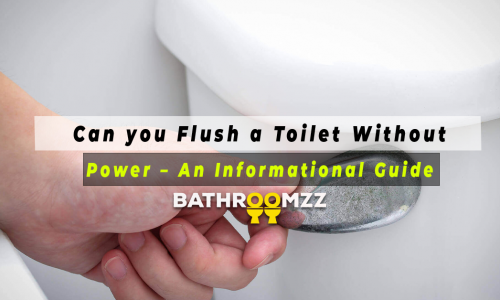 Can you Flush a Toilet Without Power – An Informational Guide